A Quick Guide to Understanding the Health Benefits of Sushi 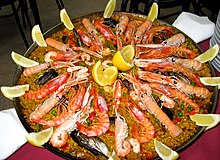 Sushi lovers agree that sushi is a tasty food. The combination of rice, seafood and vegetables make the concoction even more enjoyable since the combination of foods satisfies almost every food group. Its decadent taste is only one reason why sushi is good to eat. Another reason to consume sushi is because sushi is also healthy option when consumed in the correct fashion. Sushi is a healthy option due to the manner in which it is prepared. Since sushi components are uncooked, there are not any fatty additives. Since there aren’t any fats or agents added to sushi during preparation, the sushi also retains more of its healthy components instead of being cooked out. Moreover, the raw fish in sushi also contains high amounts of Omega 3 fatty acids. These fatty acids are responsible for fighting heart disease and lowering cholesterol. HDL cholesterol, also known as high density lipoproteins, is the healthy cholesterol. When the HDL is raised, the LDL cholesterol or low-density lipoproteins is lowered. LDL is the unhealthy cholesterol which contributes to atherosclerosis and artery blockage. Omega 3 fatty acids also increase circulation. Circulation may seem insignificant, but circulation is a vital part of diabetes. Although there are few studies that corroborate this evidence, doctors still theorize that the omega 3 fatty acids in sushi benefit those suffering from diabetes patients with poor circulation. Omega 3 fatty acids also reduce cardiovascular diseases since the acids breakdown cholesterol and improve artery function. The omega 3 fatty acids found in the fish have also be correlated to preventing diseases and treating symptoms in depression, schizophrenia and bi-polar disorder, dementia in Alzheimer’s Disease, and joint stiffness and pain associated with arthritis. Seaweed has all the properties of a super food. Seaweed contains a plethora of minerals, vitamins, riboflavin, iron and calcium. Unlike land grown vegetables, seaweed is extremely potent containing even more beneficial agents than that of traditional vegetables. Some people do not enjoy the taste of raw food or are concerned when eating raw foods like fish. Studies have shown that consuming raw fish does increase your risk of being exposed to parasites, bacteria and viruses. Also, larger fish have higher mercury levels. While sushi lovers should take heed of these issues, eating sushi occasionally instead of as a staple meal. Nonetheless, if you want to reap the health benefits of consuming sushi without being overly concerned with bacteria and parasites, opt for chef prepared sushi instead of store bought or self-prepared sushi. Sushi chefs are professionally trained in handling and preparing sushi at the proper temperature. Also, don’t skip the wasabi when eating your sushi. Wasabi has antimicrobial properties and utilizing it keeps unhealthy bacteria at bay. In either event, eating sushi is far more beneficial than harmful. Sushi’s raw state retains more advantageous components. Omega 3 fatty acids are among the most helpful agents found in the fish in sushi. Omega 3 fatty acids increase healthy cholesterol, prevents heart disease, increase circulation in diabetes patients, and even treats life crippling diseases like bi-polar disorder and arthritis.