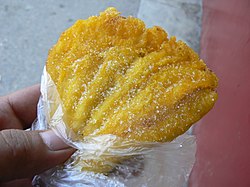 One might not usually think of the tuna as an extraordinary creature, but once you learn more about this fish, you will see that there is more to it than meets the eye. Tuna are the largest of the Scombridae (mackerel) family, and are a part of the thunnus genus. There are over 48 different types of tuna, including yellowfin tuna, albacore, little tunny, bluefin tuna, blackfin tuna, slender tuna, and bullet tuna. A tuna’s body is extremely streamlined, and has two fins, along with five mini fins towards the back of its body. The body tapers off towards the end and ends with a very forked tail. Tuna are very fast and agile swimmers, and some can swim up to 43 miles per hour. The bluefin tuna species can even retract its dorsal and pectoral fins into spaces on its back to become even more streamlined. Some scientists believe that the smaller fins on its back even reduce turbulence in the water. Another unusual thing about tuna is that instead of the white flesh that is common amongst most other types of fish, tuna sport a pink to dark red colored muscle. The red color comes from an oxygen-binding molecule called myoglobin, and tuna have increased amounts of this molecule within their bodies. Tuna fish also have a wider range of ocean environments to live in because they can enable their body temperature to become higher than the waters surrounding them, thus making it possible for them to dwell in much colder ocean waters. The bluefin tuna is one of the most prized of the tuna species. They are the biggest of the species, and are on average 6 ½ feet and 550 pounds. Even larger specimens are found all the time as well. The largest bluefin tuna ever caught was caught off the shores of Nova Scotia, and that fish weighed a whopping 1,496 pounds. Their massive size is due to their insatiable appetite and the fact that they can eat almost any other type of fish. Their prey never even sees them coming because their coloring is so similar to the waters that surround them. Bluefin tuna habitat spreads all over the Atlantic Ocean, to near the Arctic Ocean as well. They are also known to be one of the most migratory of the fish world. Unfortunately for the blufin tuna, it has been decided amongst people all over the world that bluefin tuna meat is one of the most succulent fish meats on the market. Japanese especially enjoy bluefin tuna as a quality sashimi meat. In January 2001, a 444 pound bluefin tuna even sold for $173,000 in a Japanese fish market, breaking the world record. Because of this, bluefin tuna have been hunted down to near extinction, and their status is now endangered. That being said, many other tuna varieties are just as tasty, and much more abundant than their larger counterparts. Let’s all try to make sure that this beautiful fish does not become extinct and only live in our memories.