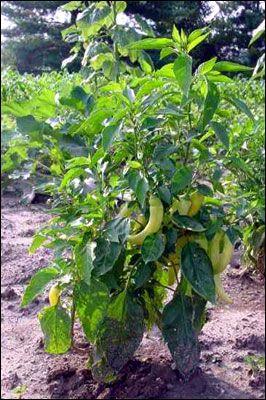 Sushi has become a popular dish in North America. Chefs are created new dishes specifically designed to suit the American palate. Many of the dishes such as the California roll while very popular in the US is practically nonexistent in the east. The California roll was the original American sushi variation. It includes avocado, imitation crab, and cucumber. It is typically made uramaki, so that the rice is on the outside with the nori inside. Similar to the California roll is the Caterpillar roll which adds unagi. The Rainbow roll is a California roll topped with sashimi. They Dynamite and Crunchy rolls are often confused depending upon location. The Dynamite roll consists of yellowtail, carrots, bean sprouts, chili, and a spicy mayonnaise. The Crunchy roll is a California roll that is deep fried and topped with a sweet eel or chili sauce. The Spider roll uses real soft shell crab and has other fillings such as cucumber, avocado, sprouts, roe, and spicy mayonnaise. Salmon is a popular sushi ingredient and has inspired many creations. The most common is the Philadelphia roll which has smoked salmon, cream cheese, and cucumber. The Salmon roll has grilled salmon, sweet sauce, and cucumber. Lastly, the Seattle roll contains smoked or raw salmon, cucumber, and avocado. Other common ingredients in American rolls are scallops, spicy tuna, beef, teriyaki chicken, vegetables, okra and cheese. Sometimes brown or black rice is substituted for the traditional sushi rice. Sushi rice is short-grained, white Japanese rice that is mixed with a dressing. The dressing contains rice vinegar, sugar, slat, and sometimes sake. It is served at room temperature. The rice consistency is very important. It must be sticky but not mushy or dry. The seaweed wrapper used in sushi is called Nori. Nori is an algae that was originally cultivated in Japan’s harbors. It is scraped from the docks and rolled into sheets dried in the sun. In Japan, the Nori may not be toasted. However, in the US it typically is. It is a commercial product and can be eaten as a snack by itself. Raw fish must be of a higher quality than cooked fish. Sushi chefs are trained to recognized important aspects such as color, smell, and firmness that may not be discovered in commercial inspection.