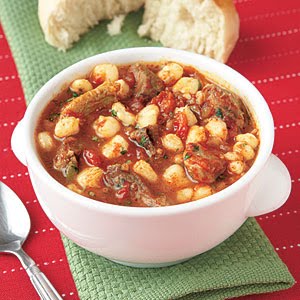 The Russian meat pie is a favorite for many family and they are better known as “pirog”. The meat pies are popular in Russia and other adjacent countries. The stuffed pastry is now eaten in many parts of the world. There’s also another name for the smaller Russian pies -“Piroshki”. The meat pies are available in different versions and they taste so delicious. Cream cheese or butter crust can be used. The pies can be the cabbage filled or the mushroom filled version. The pastry can be served to the guests at the party. Kids love to have their favorite pie at the birthday party or even can be served during the meals. What make the pies unique are the different fillings. The fillings are either shallow fried or baked, sometimes chopped hard boiled eggs are used as the filling. The traditional Piroshki use different types of filings for the pies. Mashed potatoes mixed with green onion and dill, rice mixed with boiled eggs and dill, chopped boiled meat and onions, cabbage, mushrooms along with onions and occasionally carrot are the different filling options used for preparing pies. There are different kinds of recipes available for the Russian meat pies. You need to have the perfect recipe to build the pie for your guest. Here we provide you a recipe for meat pies. The meat is fried into its own juice until it turns brown. Then carrots, onion, celery, garlic and mushrooms are grinded in the food processor. The vegetables are then added to the meat and the whole mixture is allowed to fry. A little bit of olive oil can be added to the mixture if it becomes too dry. Spices, salt, sauces, simmer and herbs are added to the mixture after the vegetables are softened and then the bowl is covered. Occasional stirring is required for 20 to 30 minutes. Thick slurry needs to be prepared – a peeled and cut potato mixed with water is crushed in the food processor. The meat vegetable mixture is then added to the slurry and cooked for about 3 to 5 minutes. The mixture is stirred well until it becomes well thickened. Salt is added. The bowl with the mixture is removed from the heat and the filling is allowed to cool. The filling so prepared can also be refrigerated in a zip lock bag and kept for several days. The pie pans are prepared with the crust and then the pies are filled with the meat mixture. A second crust is applied on the top. The whole pie is then baked at the temperature of 375 degrees for 15 minutes and then heat is reduced to 350 degrees and kept for about 30 minutes. After the baking is finished the Russian meat pies can be served warm along with a sour cream. Russian cuisine is among the best in the world. The culture and influence of Russia has brought more refined foods and variety of culinary techniques. The traditional Russian dishes are known for the technique, seasoning and combination.