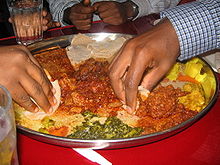 Sushi was one of the hardest foods to give up after I resolved to adopt a vegan diet. After all, my passion for sushi was one of the things that brought me to live in Japan in the first place. And while Japan is infamous for exclusive sushi shops that charge $500 per person, even low-end sushi (such as kaiten, or “conveyor belt” style) is fresh and inexpensive compared to other countries, making it hard to resist. For some time after I had bid sayonara to meat, eggs and dairy, I continued the Japanese institution of going out for sushi with friends and family. At first, I ate varieties consisting of mostly vegetables such as natto (fermented soybeans) and green onions, cucumber, takuon (pickled radish), kampyo (dried gourd), as well as inarizushi (fried bean curd filled with sushi rice and black sesame seeds). As an omnivore, I had always considered sushi not only umai (delicious), but healthy compared to traditional convenience food like sandwiches or burgers. However, eventually it dawned on me, that even minus the fish, restaurant or store-bought sushi wasn’t particularly healthy for 2 reasons: 1. The main ingredient in sushi is white rice with vinegar. Since going vegan, I had switched to eating only foods made with whole grains. I became used to making genmai (brown rice) at home for its nutritional benefits (3 times the fiber, more vitamins and minerals) compared to white rice, and I could no longer reconcile eating white rice sushi from a taste or health perspective. 2. Sushi vinegar contains katsuo dashi (extract of dried tuna). Other ingredients used in sushi, such as pickles, umeboshi (sour plums), and sauces are also prepared using sushi vinegar and/or dashi. In fact, I discovered recently that the only food at most sushi shops that doesn’t contain fish extract is the powdered green tea! I am not sure why many people seem to have difficulty eating brown rice. Westerners either eat it or they don’t, while Japanese who say they enjoy eating genmai frequently mix it together with white rice, so apparently they are eating it for its health benefits rather than its taste and texture, which I actually prefer. Once I stopped eating sushi out, I still longed for a vegan substitute, so we began making temaki zushi (hand-rolled sushi) at home using vinegared genmai, nori (seaweed laver), and various fillings such as avocado paste, natto, umeboshi, cucumber slices, etc. When there’s time, and for special occasions, we lightly pan-fry sliced eggplant (nasu), and eat it on top of sushi genmai as well. Warm (aburi), and dipped in a bit of soy sauce with wasabi, it tastes as good as otoro (fatty tuna), uni (sea urchin), ikura (salmon roe) or any other traditional sushi delicacy ever did! So, if you think you can’t start a plant-based diet because you could never give up your favorite food, think again! There are infinite tasty plant-based alternatives if you will just start down the vegan road. I am not a nutritionist – just a guy with heaps of useful advice and encouragement to offer those considering eliminating meat and other animal products from their diets.